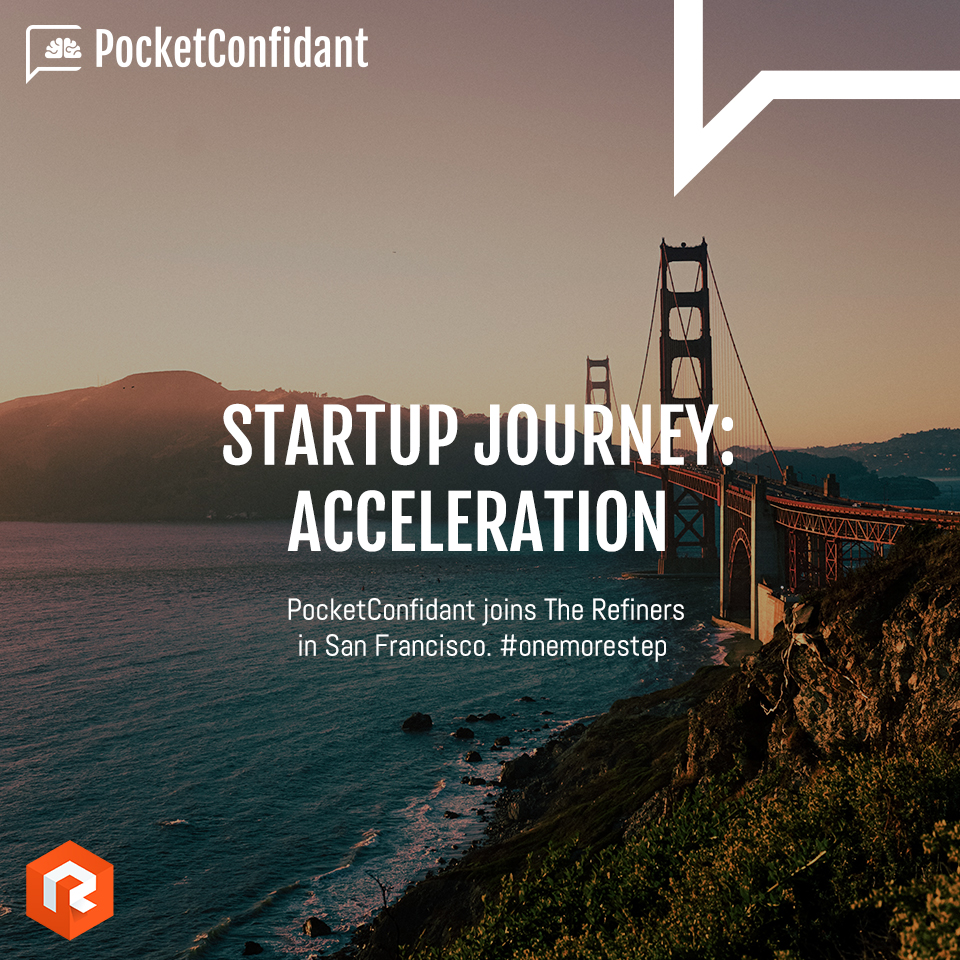 December 2015… One year after “the idea” popped in. PocketConfidant is still not incorporated, has no technical team, no funding, some client interest and a prototype with the minimum possible functionality; however, PocketConfidant is making its first official trip to California. From Nice, to Paris, to Los Angeles, to San Francisco, and the Bay Area, starting the building of a network, expanding its vision and ambition, grabbing insights, and meeting people in the startup scene.

We put PocketConfidant-prototype in the hands of the first users, in front of the first investors, and in the hands of potential early-adopters. It was fun, it was difficult, it was amazing and creative. One of the VCs we met at that time became our first VC and invested in our company one year later.

The fun part of this traveling story is that when PocketConfidant AI’s founder was in San Francisco, he spent time in a startup hub called PARISOMA, just before the accelerator called “The Refiners” existed officially…

Fall 2018… Three years later, PocketConfidant AI is incorporated, has built a team, a product, a market interest, received funding, and is happy to announce its participation in the acceleration program The Refiners at PARISOMA, San Francisco, as a member of the Fleet#5.

How cool, how fun, and how “magic” is that, don’t you think? Well, actually, there is no magic. It’s been tough, though fun, and it had to be creative to keep up with all the dancing between different countries, meeting hundreds if not thousands of people, building the dream team, shaping the product, raising funds, and keeping the vision to make a difference to anyone that was hearing it. We know that this is just one more little step in a long, ambitious, passionate, and visionary journey for Team PocketConfidant.

This is a loop that takes us back to the earliest stage of PocketConfidant’s journey. When everything was about to start with an idea, a vision, and a pitch. We’d like to invite you to accompany us on the innovative journey that has been inspiring us from the beginning. We’re following our vision and passion; a vision of technology for human empowerment and a passion for making big things happen.

Founder @PocketConfidant AI, Certified Coach, Masters in Business, lived and worked in 5 countries. Passionate entrepreneur, focus on global issues with a will to contribute and improve our world. "Keep going".